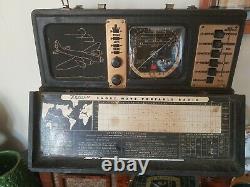 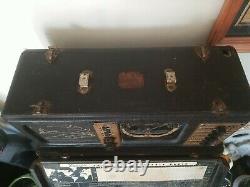 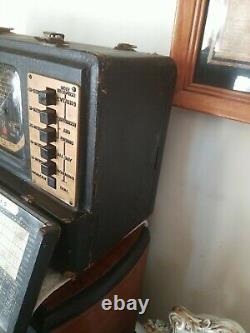 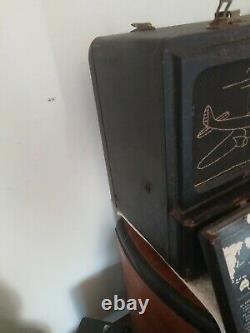 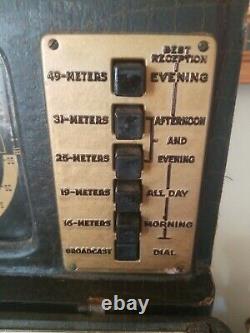 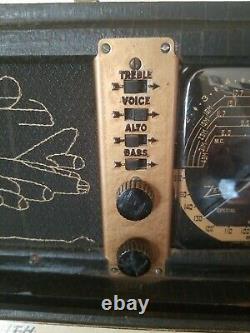 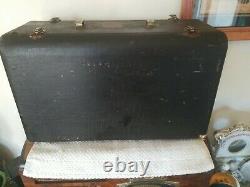 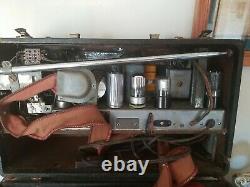 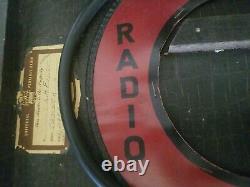 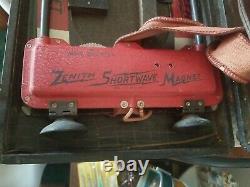 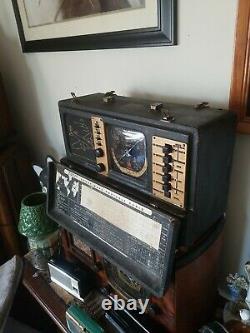 Originally developed for sailing enthusiasts who needed a radio to get weather reports while sailing on the Great Lakes, the radio, introduced in January, 1942, became the go-to radio for soldiers and civilians following the action of WWII. The radio had a short run as production ended in, 1942 as civilian radio production at Zenith was halted. The Zenith'T/O' began life in 1942 as the Model 7G605'Trans-ocean Clipper'.

However, many also found their way into various theatres of war and in to the hands of appreciative servicemendemand for a resumption of production at war's end was kept high. The T/O was a dual-powered radio receiver; it could operate from mains line AC or DC and via a pair of "A" and "B" dry cell batteries for portability. The batteries are obsolete but the early T/O models live on either due to the ability to use mains line power to operate or by enthusiasts who fabricate a battery supply from modern cells (six "D" cells for the filaments and either ten 9-volt or sixty "AA" cells for the plates). Also notable was the lack of a vacuum tube or valve as a rectifier.

Zenith used a selenium rectifier in the T/O. Inserting the power plug into a socket on the chassis or the side of the radio (depending on model) switched the T/O to battery operation. The first post-war T/O was the 8G005Y, designed by Robert Davol Budlong, an industrial design consultant responsible for many of the Zenith radio products. This was replaced in December 1949 by the G500a'changeover' model that had updated electronics but the same appearance. It had a redesigned front face and incorporated many frequency coverage and electronic changes ordered by McDonald. There also was a small production run of "militarized" Trans-Oceanic's, ordered by the U. After 1953, there was competition to the Trans-Oceanic from both Hallicrafters, with their'Trans-World' series sets, and RCA, with their'Strato-World' models. In the spring of 1954, the 600 series was introduced with its'slide-rule' type dial and a mains supply cord which coils inside the set on a spring-loaded reel.

This model stayed in production, with minor changes, until the end of the T/O tube era in 1962. During the tube or valve T/O model run, this receiver did not include an 88-108 MHz FM radio band. Eugene McDonald died in 1958, but he was personally involved in the design changes to'his' radio to the very end. The item "Zenith Transoceanic Radio Model 7G605 Bomber" is in sale since Wednesday, October 21, 2020.

This item is in the category "Collectibles\Radio, Phonograph, TV, Phone\Radios\Tube Radios\1930-49". The seller is "fprince555" and is located in Racine, Wisconsin.